In Lucifer Season 2, Lucifer and his brother, Amendiel, who have been sparring over Lucifer’s resistance to returning to the underworld, will now be brought back together for one common goal – to find their mother, Charlotte (Tricia Helfer, “Battlestar Galactica”), who escaped Hell. After all, Lucifer doesn’t take after his dad, so the parent he does resemble is sure to be quite terrifying. Lucifer’s work with the LAPD also is upended when the police force hires Ella Lopez (Aimee Garcia), a smart, tough forensic scientist whose mutual belief in both faith and science proves a point of interest to Lucifer. With mom on the loose, Dr. Linda Martin, who has become not only a therapist, but also a confidante to Lucifer, will surely have a lot of advice to dole out. And, by the time she’s done with them, she may need a therapist of her own. Lucifer season 2 promos in HD! Lucifer 2 sezon tanıtım fragmanı

Queen of the South tanıtım fragmanı 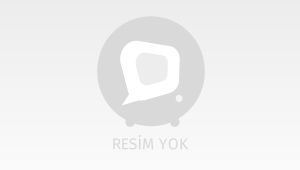